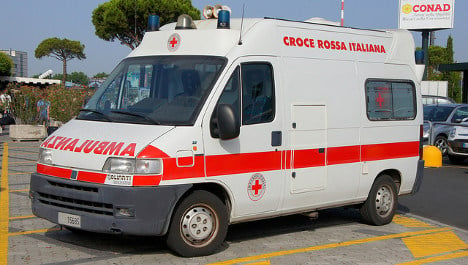 The girl died after being left for three hours in the vehicle in the sun. Photo: Chris Sampson/Flickr

Gioia Jekou is believed to have died from heat stroke or suffocation after she was left in a car in a parking lot for three hours in the sun on Sunday afternoon.

According to Vicenza Today the girl’s parents and five brothers had attended mass earlier that day in Aracoeli, where the family, originally from the Ivory Coast, had lived for several years.

The family then went home for Sunday lunch before going to a shopping centre, leaving the girl in the car with the windows closed.

The toddler’s parents, named as Samuel Yekou, 51, and Leontine Kouame, 40, alerted emergency services when they returned to the vehicle, but it was too late.

The parents later told police that they had forgotten their daughter in the car. They explained that they thought the girl’s brothers were taking care of her and vice versa. They now being investigated for manslaughter.

The family moved to Italy 24 years ago and had also lost a newborn son a few years ago, Vicenza Today said.

The toddler died after his father forgot him in the back seat of his car on his way to work in the northern town of Piacenza.

He was found later that day and is believed to have died of asphyxiation in temperatures of up to 60 degrees Celsius. The father was later cleared of manslaughter.