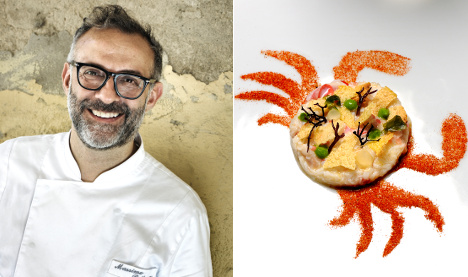 Massimo Bottura is praised both for his “inventive imagination” and more classical dishes. Photos: Paolo Terzi

Modena-based Osteria Francescana lost out only to Spain’s El Celler de Can Roca in the annual awards, overtaking Denmark’s Noma, which slipped from first to third place.

In a review on the website for the World’s 50 Best Restaurants, Bottura is praised both for his “inventive imagination” and more classical dishes, which are described as a “joyful celebration of Emilia-Romagna”, the region where the restaurant is based.

Highlights on the menu include five ages of Parmiggiano Reggiano where the region’s famed cheese is served in different forms and textures, as well as classics like tagliatelle with hand-chopped ragu and risotto cooked with veal-jus. The restaurant is praised for its “faultless service and imaginative wine programme”, directed by Beppe Palmieri.

“But it’s in the kitchen, as well as in Bottura’s inventive imagination, that the real magic is produced,” according to the website.

First opened 20 years ago, Bottura’s Osteria Francescana was awarded its first Michelin star in 2002, a second four years later, and a third in 2011. Bottura also won the Chef’s Choice award in 2011. This dessert is called 'Oops I dropped the lemon tart'. Photo: Paolo Terzi

Bottura wasn’t the only Italian chef to win a spot in the top 50. Enrico Crippa’s Piazza Duomo in Alba won 27th place and Massimiliano ‘Max’ Alajuno’s Le Calandre in Rubano came in at 34th.

Organized by the British magazine ‘Restaurant Magazine’ in collaboration with San Pellegrino and Acqua Panna, the awards showcase the 50 best restaurants which are selected by over 900 international jurors.

Jury members choose their seven favourite restaurants where they have eaten in the past 18 months.

Critics say the system is open to abuse since the jury do not have to offer physical evidence of having actually visited any particular restaurant.

Yet organisers hired the Deloitte consultancy firm to oversee the voting, and say jury members cannot vote on restaurants in which they have an interest.

Nevertheless an Internet petition against the competition amassed more than 350 signatures, including those of France's Joel Robuchon and Italy's Giancarlo Perbellini, calling for sponsors to boycott the “opaque” awards.

The world's top ten restaurants according to British magazine Restaurant: 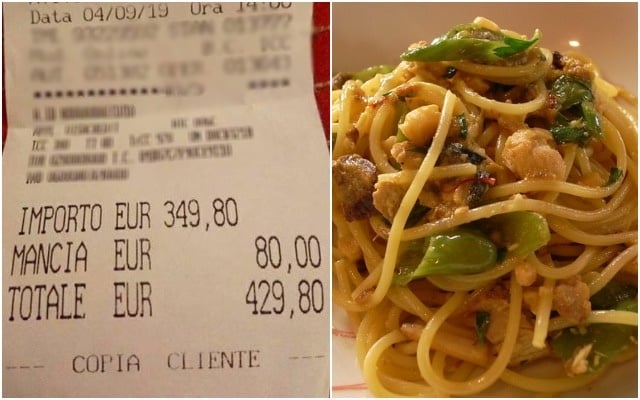 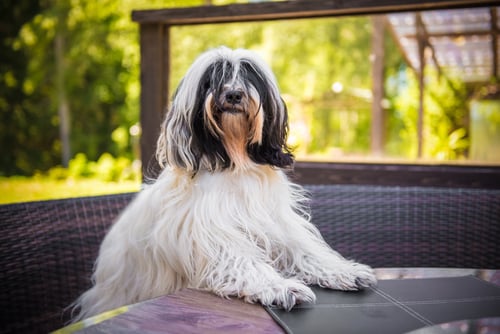 RESTAURANT
Restaurant near Vicenza welcomes dogs, if they pay a cover charge
Url copied to clipboard!