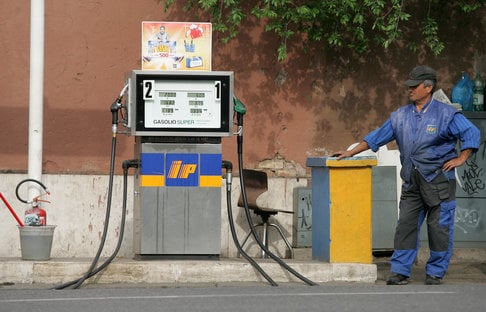 Italy has the fourth highest fuel costs in the world, with prices for unleaded averaging an eye-watering €1.83 per litre, according to figures from Bloomberg.

And Italians spend a whopping 15 percent of their monthly disposable incomes on fuel costs.

Italian motorists are much worse off when compared to their European counterparts.

Neighbouring Switzerland, where the cost of living is among the highest in the world, came out particularly well from the study. Average fuel costs stand at €1.61 per litre of unleaded.

While that is not a particularly low price, high average incomes in Switzerland mean that rich Swiss car owners spend just four percent of their monthly disposable income at the pumps.

Italian's love affair with their motors is renowned. The country contains one of the highest rates of motor vehicles per capita in the world. World Bank data released in 2011 recorded 682 vehicles per 1,000 people in Italy – making petrol prices an important issue amongst Italians.

In spite of low oil prices, which fell below $64 dollars a barrel earlier this year, petrol prices have remained high both in Italy and across Europe. In part, this is due to a poor rate of exchange against the strong dollar – but Italian motorists will tell you the real answer is tax.

Figures by the small business association, CGIA, estimate that taxes amount to 60 percent of the cost at the pump is tax – the highest rate in Europe.

And there seems to be no end in sight to motorists' misery. In January this year the Italian government increased petrol prices by 2.2 cents per litre, driving Italian motorists further round the bend.