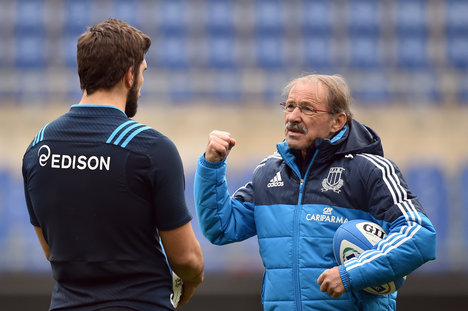 The Italian rugby federation said it had “taken note” of the players' decision “to neither take part in training nor wear federation kit before a financial agreement is found over participation in summer training and the World Cup”.

Forty players had gathered at Niederdorf/Villabassa, close to the northern town of Bolzano, for the June 14th -July 3rd training camp.

However, captain Sergio Parisse and veteran prop Martin Castrogiovanni were both absent after their Top 14 efforts with Stade Francais and Toulon respectively.

The Italian internationals want a match-by-match bonus for the September 18th – October 31st World Cup in England instead of a one-off payment linked to their performances, as desired by the federation.

Italy warm up for the World Cup with Tests against Scotland (August 22nd and August 29th) in Turin and Edinburgh respectively, and against Wales (September 5th) in Cardiff.

Come September 18th, the Italians are in Pool D alongside France, Ireland, Canada and Romania.