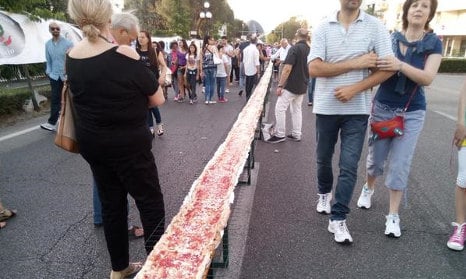 Pizza chefs worked for 16 hours in the Calabrian town of Rende over the weekend to produce the 1.229 kilometre pizza, smashing a record previously set by Spain, Il Quotidiano del Sud reported.

The pizza was cooked using a special oven with a roller inside; as the first part of the pizza baked, it was pulled out to rest on a table, while more of it was pulled through the oven.

A prudent panel of judges, made up of a solicitor, lawyer and quantity surveyor, were called upon to verify the length of the pizza, which snaked through the streets from Piazza San Carlo Borromeo to Piazza Matteotti, and ensure there was no cheating along the way.

An estimated 60,000 people were present, either volunteering to help create the pizza or to watch in fascination, and no doubt help eat the pizza once it was finished. But although a record has been clinched, the main aim of the event was to raise money towards a shuttle bus to help the disabled and elderly of Rende, in Cosenza province, get around.

The previous record of 1.141 kilometres was set in the Spanish town of Tomellaso, in the region of Castilla de La Mancha, in 2011. Over 100 chefs and helpers were involved in the process.

Italians also broke a record for the world’s largest pizza in 2012 – baking a 130ft wide Margherita.

The term 'pizza' was first recorded in a Latin manuscript from Gaeta, a town in central Italy, in the 10th century, while the modern pizza was invented in Naples.

The Neapolitan pizza was invented in the southern Italian city between 1715 and 1725, with the world-famous Margherita variant first cooked up in 1889.

Tradition has it that Queen Margherita of Savoy asked one of Naples' famed pizzaiole to come up with a dish for the people.

The result, which provides the basis for most pizzas enjoyed around the world, represented the colours of recently unified Italy: green basil, white mozzarella and red tomatoes.

The Neopolitan has been a safeguarded dish in the EU since 2009, while earlier this year the Italian National Commission for Unesco picked the Neapolitan pizza as its candidate for protection under Unesco's Intangible Cultural Heritage list. 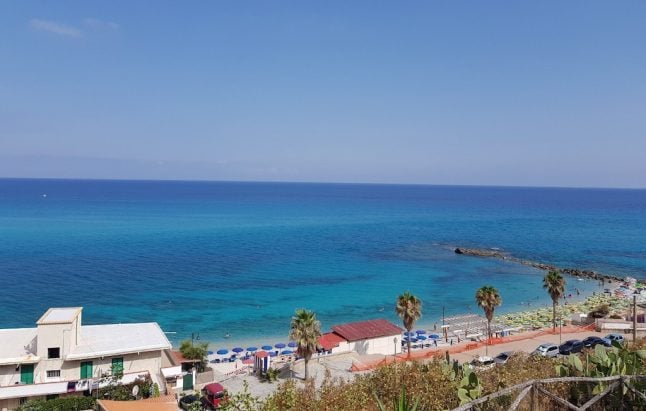 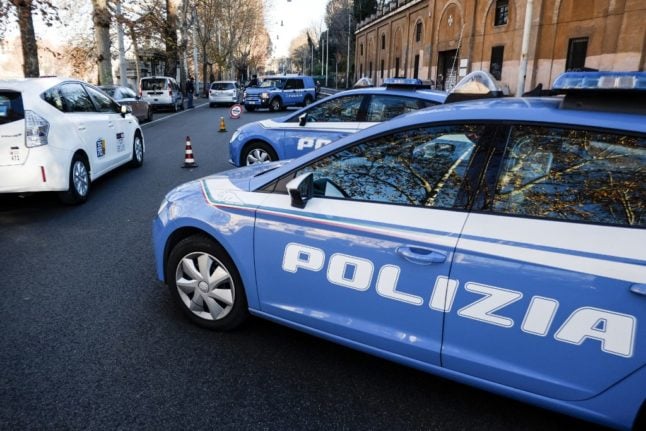