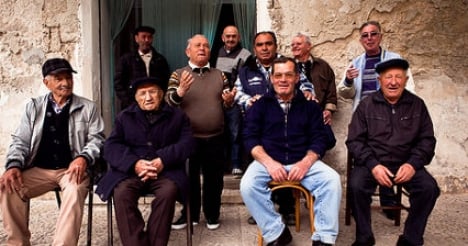 Italy also has one of the oldest populations in the world. Caspar Diederik/Flickr.

The main cause is the very low birth rate: the number of births minus the number of deaths gave a negative balance of almost 100,000, Italy’s worst level since World War One.

Births among immigrant families also continued to fall, declining by 2,683, although they still made up close on 15 percent of the overall birth rate.

Italy has one of the oldest populations in the world, with around 20 percent aged over 65. In 2014, the mortality rate decreased slightly, by 2,380.

However, the high rate of immigration is just about filling the gaps: the foreign-born population increased by 92,352 people, taking the number of foreigners resident in Italy up to 5,014,437, or 8.2 percent of all residents.

The number of Italian citizens in the total resident population was 83,616, lower in 2014 than in the previous year, and despite the fact that around 130,000 foreigners became Italian nationals in 2014.

However, cancellations of residency due to emigration is increasing in both the Italian and foreign communities.