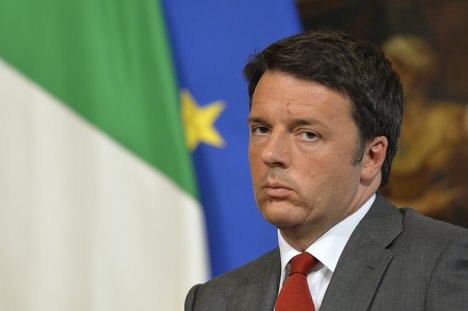 The deadlock came as Italian police forcefully evicted dozens of mainly African migrants from their shelter under a railway bridge on the Franco-Italian border, which has become a flashpoint in the crisis.

“We have made progress today but we are not there yet,” EU migration commissioner Dimitris Avramopoulos said at the closing press conference of talks in Luxembourg. “Words are not enough.”

The ministers took no decision to carry out proposals by the European Commission for quotas to redistribute 40,000 Syrian and Eritrean asylum-seekers who have arrived in Europe, and to resettle 20,000 Syrians living in camps outside Europe.

European leaders swore action after an estimated 800 migrants died in a shipwreck in April, the worst disaster yet in the Mediterranean in a year in which a total of 1,800 people have died trying to cross from Africa and the Middle East on flimsy boats.

More than 100,000 migrants have arrived in Europe this year, 60,000 through Italy alone, according to the EU's border agency Frontex.

But with no sign of agreement, Italian Prime Minister Matteo Renzi has warned of a “plan B” that would “hurt Europe” if it fails to show solidarity for overstretched frontline states like Italy and Greece.

Renzi did not specify what options Italy could use but Italian mediareported that Rome could start issuing newly arrived migrants with temporaryvisas giving them the right to travel throughout the Schengen zone.

Italian Interior Minister Angelino Alfano warned on Tuesday that European unity would be at risk if it failed to reach a deal.

“The principle of responsibility and solidarity are at stake,” Alfano said. “We are working to prevent Europe from becoming politically bankrupt.” Alfano also lashed out at neighbouring France for refusing entry to
hundreds of African migrants at the border town of Ventimiglia, where they have been protesting that they should be allowed to enter France on their way to their desired destinations in northern Europe.

At least one Italian police officer was injured in clashes as police in riot gear moved the migrants from their makeshift home under the bridge in Ventimiglia.

Most left peacefully but some had to be physically removed by police who then forced them into Red Cross vehicles.

Some migrants managed to evade the police and set up camp on rocks by the sea, with beach umbrellas and towels
.
French interior minister Bernard Cazeneuve insisted that France was not blocking the border and was acting within its rights to send illegal immigrants or asylum seekers back to Italy.

“We are in favour of solidarity, but not solidarity without responsibility,” Cazeneuve said.

He cited the EU's Dublin accords under which new arrivals in the European Union are supposed to be processed by the country in which they first land.

The future of the Schengen passport-free area covering the EU and a few neighbouring countries is increasingly itself at stake as member states grapple with the crisis.

German interior minister Thomas de Maiziere warned that failure to deal with the issue “risks meaning the end of free movement in Europe. We want to avoid that, but everyone has to recognise the danger.”

Britain, Ireland and Denmark are already exempt from carrying out the plans under EU treaties, but many of the other 25 member states reject quotas amid fears over the rise of anti-immigrant parties.

An EU military plan to fight people smugglers in the Mediterranean has also hit the rocks due to opposition from Libya.

EU leaders will hold fresh talks at a summit in Brussels on June 25th – 26th but a decision then is also unlikely.

The International Organisation for Migration said a total of 48 migrants have been found dead in the Sahara this week as they headed for the Mediterranean.

UN rights chief Zeid Ra'ad Al Hussein on Monday called for the EU to take in one million refugees, while Amnesty International slammed world leaders for “condemning millions of refugees to an unbearable existence” and demanded they work closely to resolve the “worst crisis” since World War II.