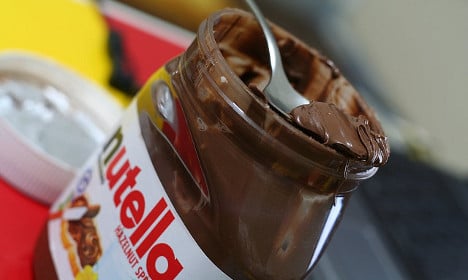 Photo: Moogs/Flickr
Ecology Minister Ségolène Royal offered “a thousand apologies” on Wednesday after her comments kicked off a storm in Italy.
As a guest on the popular French television programme Le Petit Journal on Monday night, she explained that abstaining from Nutella was one measure to protect the environment – due to the spread's controversial palm oil content. “We have to replant masses of trees because there's been a massive deforestation, which also leads to climate change,” she said.
“For example, we have to stop eating Nutella because of its palm oil, which is seeing trees getting replaced and causing considerable damage.”
When the host interjected to say “but it tastes good”, Royal was unrepentant and said the French would have to find something else.
Her Italian counterpart Gian Luca Galletti tweeted on Tuesday night that Royal should “leave italian products alone”, adding that it would be “bread and Nutella for dinner tonight”.
On Wednesday, Royal took to Twitter to offer her apologies, noting that she intended to flag up the “process” in which Nutella is made instead. She offered “one thousand apologies”.
Italian company Ferrero churns out 365,000 tonnes of the spread each year, but a lot of it doesn't have to travel far before it's eaten.