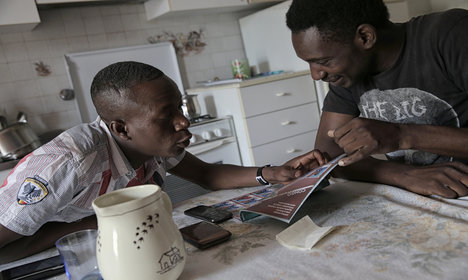 Daniela Faggion was removed from her position on the council of Selvazzano Dentro by the town's mayor, Enoch Soranzo, also a member of the Northern League.

Soranzo told her that her suspension was due to her renting apartments in Padua to migrants, in addition to her not renewing her party membership which was due to expire in September.

Faggion however, was in no doubt as to the principal reason for her removal. “The only reason that led to my removal was because I let migrants stay in my house,” she told Mattino Padova.

“When I arrived (at the council meeting) I saw the other council member with serious faces as though I'd killed somebody: then I understood.” She added.

Faggion rented the apartments through a private agency which in turn let the properties to a non-profit organization, Populus, which works with immigrants in Italy.

Local media did not state whether those staying in the councillor's apartments were living in Italy legally.

After Soranzo had suspended Faggion from the council, she was thrown out of the Northern League by local party co-ordinator Giorgio Zoppello.

But Faggion was upbeat about being ostracized from the party. “I'm very happy about it. These African guys are behaving themselves impeccably,” she was quoted as saying in Il Fatto Quotidiano.