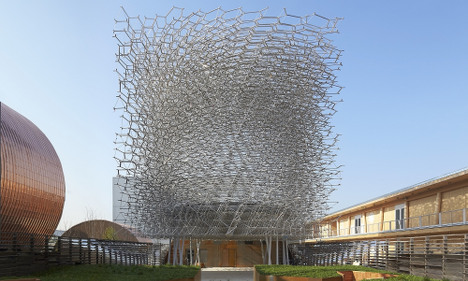 Artist Wolfgang Buttress's innovative work is the centrepiece of a bee-themed British pavilion that is pulling in nearly four times as many visitors as anticipated and has become one of the must-sees of the six-month world fair in Italy's economic capital.

Steve Jewlitt-Fleet, the pavilion's deputy director, told AFP that, since its May 1 opening, over 500,000 visitors have come to admire a creation designed to highlight the importance of bees to the environment and showcase scientific research that could help reverse an alarming decline in their numbers. “It's been a real word-of-mouth success,” said Jewlitt-Fleet.

Visitors to the 100m x 20m pavilion follow the dance of a bee through British orchard and meadow landscapes featuring native apple trees and wild heather, buttercups and sorrel, before arriving at Buttress's hive.

As they enter the 43-tonne structure, they start to pick up the amplified hum of the bees in Nottingham Trent University physicist Martin Bencsik’s experimental hive in England, where he is using accelerometer technology borrowed from high-tech engineering to monitor what is going on inside.

Accelerometers are highly sensitive devices used to monitor vibrations in rotating machinery, notably in the automobile and aviation industries.

Now mass produced for use in smartphones (they allow automated portrait/landscape display functions) Bencsik uses them to track the evolution of vibrations within the hive over days, weeks and months and translates them as changes of the colony status.

This has enabled him to identify unintentional sounds as minute as the crackling of a single bee walking on honeycomb, and build up a kind of dictionary of bee vibrational pulses.

Bencsik hopes his research will lead to the creation of a simple tool that can be placed in the hive and alert keepers when something has changed, thus saving them the time and effort currently taken up with having to open and check hives individually at least once a week in spring.

“The main advantage is it will enable the keepers to leave the bees that are healthy alone to get on with making honey, and they will also know if something is going wrong,” explained the French scientist, who attributes his passion for bees to his father, a keeper of 50 years experience in the Beaujolais wine-growing region.

To enhance the soundscape in Milan, when the bee vibrations reach certain pitches they trigger occasional bursts of specially recorded pieces of cello, piano, guitar and human voice designed to harmonise with the “very meditative, low visceral hum” Buttress discovered when he first visited Bencsik's hive.

“The irony is that bees are deaf, they communicate through vibration, but talking to Martin I saw the potential of using the sounds as a way of reflecting the connection between bees and man,” the artist told AFP.

Energy levels in the hive also dictate the colours and intensity of almost 1,000 LED lights which illuminate the Milan structure, which has become particularly popular at nightfall when the visual impact is greatest.

The hive was put together from 169,300 individual components without a single welder being employed.

“Basically it is like a giant Meccano set, a real piece of precision engineering,” said Tim Leigh, Marketing Director for Stage One, the British creative construction company which made the hive in 32 layers shipped out to Italy in batches.

Stage One, who made the cauldron for the Olympic flame at the London Olympics, won the tender for main contractor, three weeks before it was announced Buttress had won the design competition.

“That meant we were able to help choose the winning design,” Leigh explained. “Designers inevitably want to do something as flamboyant as possible but we had to ensure it was build able on a tight schedule and within what was a relatively modest budget.”

Tristan Simmonds, a structural engineer who has helped ensure the stability of giant sculptures by Anish Kapoor and Antony Gormley, and BDP architects were also involved in a project, which required 4,500 hours of technical drawing to ensure all the pieces came together safely and on time.

The goal was to pay tribute to the bee's role as the exclusive pollinator of 70 of the world's 100 most important food crops, making it responsible for almost a third of the food consumed on Earth.

After its stint in Milan, the pavilion is destined to be dismantled and reassembled at a soon-to-be decided location in Britain.

“It would benefit from a background that promotes the countryside and sustainability,” said Bencsik.

“That is the message of the pavilion: bees are exquisitely sensitive to the well-being of the environment, if it goes wrong the bees will be the first to suffer so we should listen to them very carefully.” 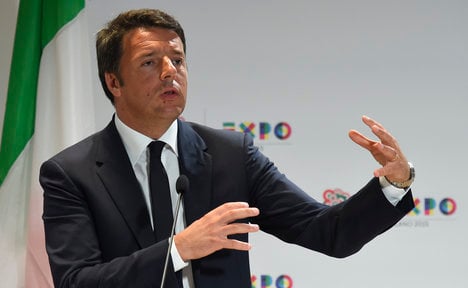 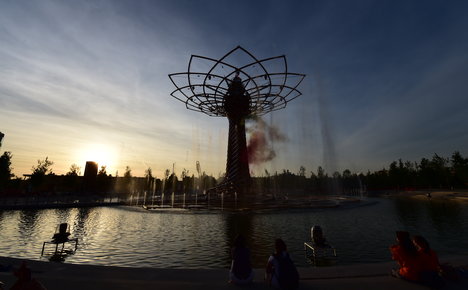 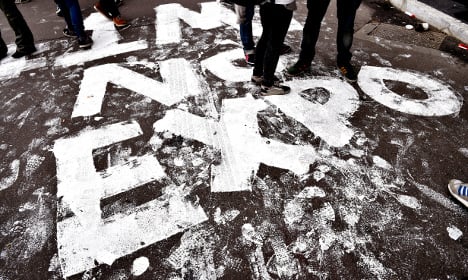 "No Expo" is written on the ground during a demonstration in downtown Milan on April 30th 2015. Photo: Giuseppe Cacace/AFP

As president of the company, Diana Bracco is accused of evading her tax bill by issuing fake invoices for more than €3 million between 2008 and 2013.

The funds were allegedly used for real estate and boats used by Bracco and her husband Roberto De Silva, who died in 2012, Ansa said.

Pietro Mascherpa, president of Bracco Real Estate, is also said to be involved in the probe. Architects Marco Pollastri and Simona Calcinaghi, from the firm Archilabo, are also accused of playing a role in the scam.

Bracco’s lawyer, Giuseppe Bana, said the investigation regards business activities which are not of a criminal nature. “There wasn’t any tax fraud,” he was quoted as saying.

The investigation will come as a blow to Expo, the world fair which kicked off earlier this month following a series of financial scandals.

There were a string of arrests last year over bribery allegations regarding construction contracts at Expo, which amounted to an estimated total of €1.35 billion.

In March Italy’s pavilion at the Milan event was revealed as being one of the numerous public works allegedly targeted by corrupt businessmen and officials. The nationwide probe led to 51 people being put under investigation and the resignation of Maurizio Lupi, Italy’s transport and infrastructure minister. 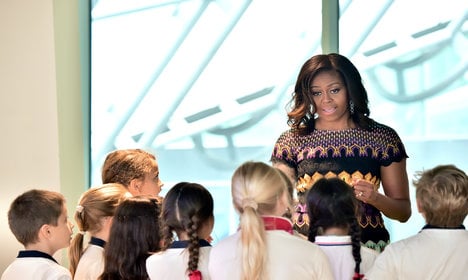 OBAMA
Michelle Obama: ‘We can do better’ in obesity fight 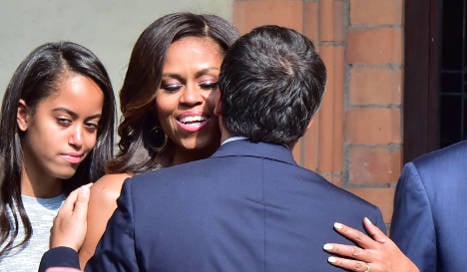