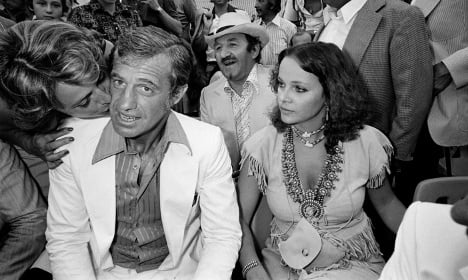 Antonelli's cleaner found the actress's body in her modest apartment northwest of the Italian capital, with authorities ruling that the cause of death was a heart attack, according to the Italian press.

“It is with profound sadness that I have learned of the death of Laura Antonelli. Laura was for me above all an adorable companion, who was exceptionally charming,” said Belmondo, a leading name in the French New Wave movement.

“She was also an amazing partner, appreciated by everyone on set. I only want to keep these marvellous memories of her,” he said in a written statement to AFP.

Born on November 28th, 1941, Antonelli was best known for her role in the Italian 1973 film “Malizia” (Malicious), which garnered unexpected success at the box office.

During her career she worked with big names in Italian cinema such as Luchino Visconti, Dino Risi, Ettore Scola and Luigi Comencini.

In 1991, Antonelli faced legal troubles when more than 30 grams (one ounce) of cocaine was found at her home.

Initially sentenced to three and a half years in prison for drug dealing, she was eventually acquitted in 2000 by Rome's court of appeals.

Antonelli quit the cinema after her last movie in 1991, “Malizia 2000”, flopped and she suffered an allergic reaction to plastic surgery.

Towards the end of her life, Antonelli faced depression and solitude, turning to religion and living as a recluse at her apartment in Ladispoli.