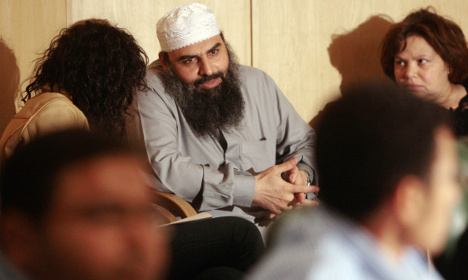 His was one of the most notorious cases of the West's “extraordinary rendition” programme, in which terrorist suspects were kidnapped and taken to countries where they could be tortured and illegally detained with impunity.

Omar was taken to Egypt, where he was held in secret for more than a year. He says he was tortured during his time in captivity.

“The applicant was immediately removed by the CIA from Italian territory, the same day of the kidnapping,” said Italy's lawyer.

But the kidnapping in broad daylight by an ally of Italy became a scandal in the country when it was revealed, and led to a major investigation.

In 2012, 22 CIA agents and a US army officer were sentenced in absentia to between seven and nine years in prison, but were never extradited.

Several members of the Italian military intelligence service Sismi were also convicted, including its top two officials, Marco Mancini and Nicolo Pollari, who received nine and 10 years in prison, respectively.

However, these convictions were quashed on appeal in February 2014, on the basis that the evidence should have been covered by state secrecy laws.

Omar's lawyer, Luca Bauccio, said that decision was “a scandal”.

He also criticized Rome for failing to seek the extradition of the convicted US agents.

Italy's lawyer responded that states only seek extradition “if there is a realistic chance of success.”

Omar, who now lives in Egypt, was also convicted in absentia and sentenced to six years by an Italian court in 2013.

Prosecutors said Nasr collaborated with 13 militants between 2000 and 2003 “with the aim of carrying out acts of terrorist violence in Italy and abroad.”

He had political asylum at the time of his kidnapping in 2013. He was allegedly taken by the CIA to the Aviano US air base in northeast Italy, flown to a US base in Germany, and on to Cairo.

The ECHR will rule on his case in the coming months.