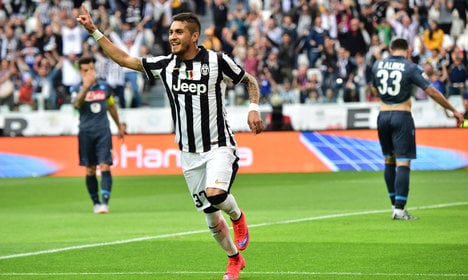 Pereyra joined Juventus on loan last season and while starting many games from the bench the 24-year-old attacking midfielder became a valuable addition to Massimiliano Allegri's side during what was a highly successful season for the Turin giants.

Juventus said in a statement: “Juventus Football Club can announce that Roberto Maximiliano Pereyra has joined the club on a permanent basis from Udinese, with the pre-arranged fee of €14 million to be paid over the course of the next three years.

“This sum could be increased by a further €1.5 million should Pereyra achieve certain predefined sporting targets by 30th of June 2020.” Juventus won their fourth consecutive title last season and claimed their first league and Cup double in 20 years.

The Bianconeri also ended a 12-year wait to reach the Champions League final, before losing to Barcelona 3-1.