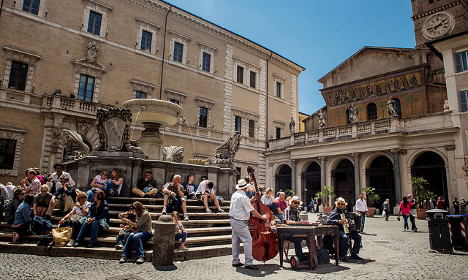 The Trastevere district of Rome has the biggest number of foreigners in Rome. Photo: Fabrizio Morando/Flickr

The number of foreigners registered as living in the capital has more than doubled since the start of the century with Romanians, Filipinos and Bangladeshis the biggest groups among a total of 185 ethnic minorities.

The influx of foreigners, heavily dominated by workers in the care sector, has helped lift the capital's population by two percent to 2.8 million, despite a 5.2 percent fall in the number of Italians living in the city, according to figures compiled by think tank Censis from municipal records.

The report warns that Rome is at risk of developing new ghettos with most immigrants concentrated in poor peripheral neighbourhoods, although the area which has the biggest number of foreigners is trendy Trastevere.

The district, home to many international students and bohemian expats, has 108 foreigners for every 100 Italians.