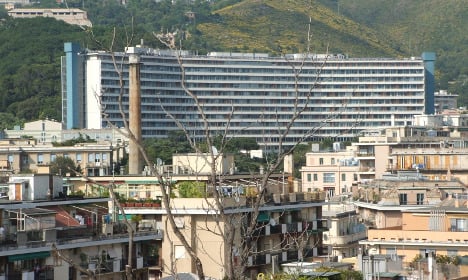 Laura Marangoni, 50, died two years ago when a machine used to replace the functions of the heart and lungs during surgery pumped air into her veins instead of blood at the San Martino hospital.

As a result, Marangoni suffered tearing of the right ventricle and died, Tgcom24 reported.

According to reports, the problems started as soon as the heart-lung machine was switched on.

Investigators say the death was caused by the failure of the perfusionists (health care professionals who operate the heart-lung machine during surgery) to check the machine. Three of the medics are now being investigated for manslaughter.

The hospital claims that the heart-lung machine during surgery was not faulty.

“The device had been used on other occasions, but had never given any particular problems,” the hospital said.

This isn’t the only hospital blunder to hit headlines in Italy in the past few years.

Last year, a 43-year-old cancer patient from the northern Italian city of Treviso waited almost a month for a letter telling her she had cancer because of “staff shortages” at the local post office and a “heavy workload over Christmas”.

Later that year a woman in the northern Italian town of Rimini announced that she was suing her local health authority for €800,000 ($1.1 million) after she discovered she had undergone months of gruelling cancer treatment on the wrong breast.

In another tragic case, embryos were mistakenly implanted into the wrong mother following an IVF blunder at Rome’s Sandro Pertini hospital in December 2013.

The error was not noticed until the mother who gave birth to the twins had a genetic test at three months to check for illness which revealed neither she nor her partner were the biological parents.

The revelation resulted in a custody battle between the parents of the twins, and in August 2014 a court ruled that the children must stay with their birth mother.