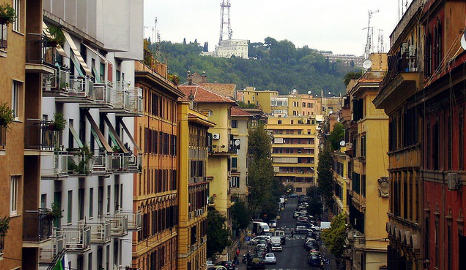 The 16-year-old girl was allegedly raped in the Prati area of Rome. Photo: Jeffrey Nunes

Dressed as a police officer, the man allegedly approached the girl while she was waiting at a bus stop with a friend, and asked to see her identity documents, Il Messaggero reported.

He then asked the girl to go with him for a further check of the documents, but instead led her to a park near Piazzale Clodio, where she was allegedly raped.

Worried about her disappearance, the friend, who had been to a concert with the victim that night, called her parents, who rushed to the bus stop. Her mother said she saw the man flee, and tried to chase him.

The girl was taken to Policlinico Gemelli hospital and later discharged.

The man, an Italian, has been detained by police, Askanews reported.

This is the third high-profile case of a sexual attack in the capital in recent months.

In May, a man confessed to raping a female taxi driver in a Rome suburb.

And in early June, a man was arrested for attempted rape after mistaking a waitress for a prostitute while she stood at a bus stop.