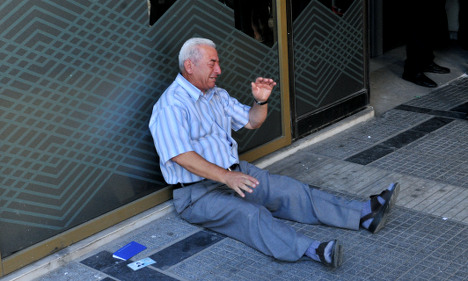 The photo of Giorgos Chatzifotiadis, sitting on the ground crying outside a bank branch, referred to by Renzi. Photo: Sakis Mitrolidis / AF

“When you see a pensioner crying in front of a bank,” he said referring to a striking picture taken Saturday by AFP of 77-year-old Giorgos Chatzifotiadis in Greece's second city Thessaloniki, “you realise that a country as important for the world and its culture as Greece cannot end up like this,” he told the Il Messaggero daily.

He said as soon as Sunday's vote was over “we must start talking to each other again — no one knows that more than (German Chancellor) Angela Merkel.”

Berlin has taken a particularly hard line on Greece, accusing Athens’ radical government of walking out on negotiations by calling the referendum.

Renzi, who has tried to steer a middle course between Athens and its creditors, added, “Of course it is impossible to save Greece without the engagement of the Greek government and pension reforms, cracking down on tax evasion and a new labour market.”

He insisted that Italy was not likely to be affected by fallout from any eventual Greek implosion. “We are not saying that everything is going to be fine, we only say that the work that has been done in the last few months puts Italy in a (better) condition than it was in the past. We are no longer in the dock, we are no longer spoken of in the same breath as our unfortunate Greek friends.”

Renzi has recently been at pains to point out that the Italian economy is in a much healthier state and is not likely to be hit by contagion.

“Italy is already out of the line of fire,” he said when he was asked if he was worried about the market ramifications of a Greek meltdown on Spain, Portugal and Italy.

He claimed that even if Greece voted “No” in the plebiscite it would not leave the eurozone and there was much yet to renegotiate. 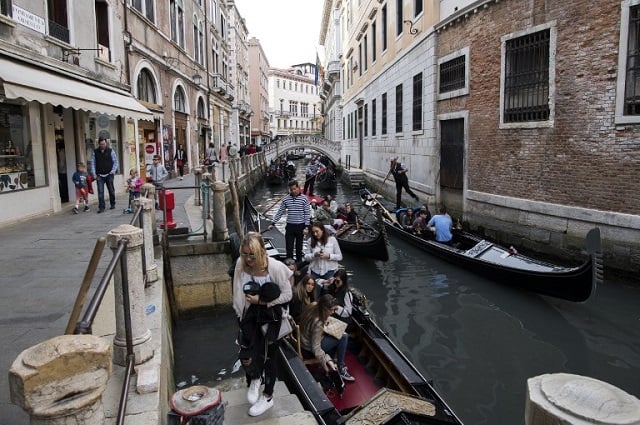