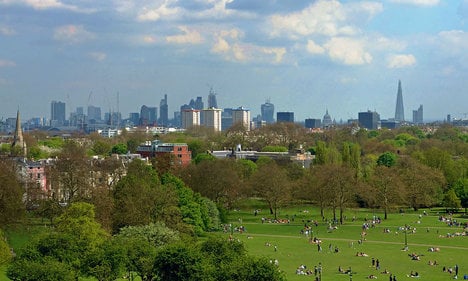 If Italians in London formed their own city, it would be the 13th largest Italian city, coming somewhere between Verona and Messina.

The number of Italians in the English capital is up from 220,000 in 2012, and last year the UK overtook Germany as the top spot for Italians looking for work.

But why is London such a popular choice – and what is life like for the quarter of a million Italians who live there?

To Italians, London is a vibrant global city full of opportunities – relatively free from the corruption and favouritism that blight Italy.

Giulio Potenza, a concert pianist from Palermo, who nows lives in London, told The Local: “I came here for better opportunities musically. I didn't get the same recognition in Palermo.”

Many of London's Italians are young skilled workers like Potenza, who feel abandoned by their own country.

With youth unemployment standing at 41.5 percent in May, according to figures from Istat, the national statistics agency, it's little wonder that many young Italians view the UK capital as a promised land where they can start their careers and gain valuable work experience.

The UK is so popular among migrants that the Italian consulate even has a 48 page-book as part of a project called “first approach” designed to assist Italians with moving to the UK.

Aside from the foreign office's e-book, many Italians are helped out by friends and family members who have already settled there, something which can lead to problems with integration.

Mabel Radaelli lived in London from 2005 to 2011, after which she moved back to Italy.

“My first job was in this Italian restaurant, where 95 percent of the staff were probably Italian,” Radaelli told The Local.

“They didn't really integrate and learn about English culture, but it's difficult when you're working 45 -50 hours a week.

“Lots of them even lived with people from their home towns. Then again, It's easy not to integrate when you live in a city like London because there are so many foreigners.”

Pontenza agreed that it was difficult to integrate and that after three years in London, he has spent time “mostly with Italian and Spanish people”.

But many of the London-based Italians envisage their future outside of the English capital.

Blighted by rising house prices and low wages, life in London can be tough for anyone. With the Italian economy showing signs of recovery, albeit a mild one, many could be tempted to leave the big smoke and return home.

“London's incredibly expensive and frenetic, and I wanted to live somewhere quieter, where the cost of living was lower,” Radaelli added.

Potenza echoed her concerns: “I'm probably going to move from London in the future – it's just too expensive.”