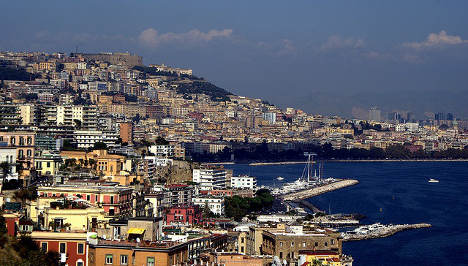 One man was killed and another is in a critical condition after a shooting at a market near Naples. Photo: Alexandra Svatikova

Giovanni Gallucio died shortly after being admitted to Loreto Mare in Naples, while 34-year-old Giuseppe Sarracino remains in a critical condition.

Both men were shot in the chest in the incident at the fruit and vegetable market in Volla.

The men were shot after Gallucio got into an argument with a passerby who urinated near his stand, Ansa reported. Gallucio's brother tried to stop the shooting.

Three suspects are being questioned by police. The shooter fled the scene, abandoning the weapon.

In May, a 48-year-old man shot dead three people, including a police officer, and injured five others after opening fire from his balcony in the city.