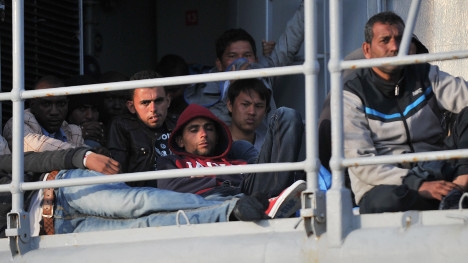 The bodies were recovered from a small boat that was sinking when it was spotted by the coastguard during one of the operations. More than 100 migrants had been crammed onto the dinghy, hoping to reach the beaches of Europe.

Around 75,000 migrants have arrived on Italy's shores since the beginning of the year, compared to 64,000 during the first six months of 2014.

The International Organization for Migration said on Friday that some 150,000 migrants and refugees have made the perilous journey across the Mediterranean to Europe so far this year, and more than 1,900 of them have died.

To help countries like Italy and Greece – which bear the brunt of the migrant arrivals – France and Germany agreed on Thursday to take 21,000 asylum-seekers and refugees as part of EU efforts to deal with the flood of people coming to Europe to escape conflict in North Africa and the Middle East.