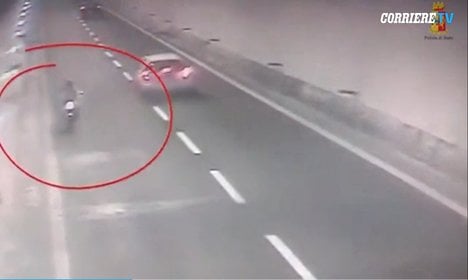 A motorcyclist goes the wrong way down the A13. Photo: Video screengrab.

The video below shows the biker recklessly driving into oncoming traffic, which is forced to move into the center of the road to let him pass.

After he had travelled for eight kilometers police finally stopped the man in Castello Di Nervi but soon realized they were not dealing with an ordinary case of drink-driving.

The man was not under the influence of drink or drugs, but it became evident the daredevil motorcyclist  was suffering from psychological problems when he attempted to hug the police officers, before leaping onto the bonnet of their car in protest.

An ambulance had to be called so that paramedics could sedate the agitated man before taking him to a psychiatric hospital in Genoa.

Luckily, in spite of driving eight kilometers against the traffic on a busy motorway, no accidents were caused and nobody was injured. 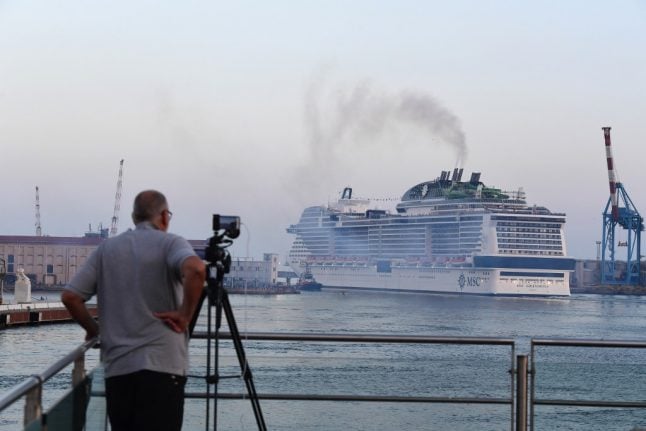 A photographer watches the MSC Grandiosa depart on Sunday August 16th, 2020, after more than six months of inactivity. Photo: AFP