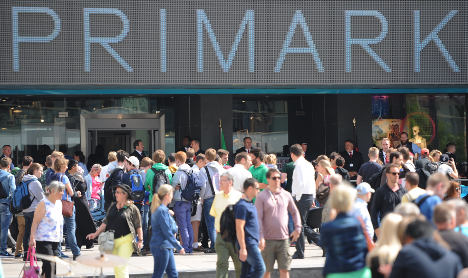 Primark will open its first store in Milan next summer. Photo: Britta Pedersen/DPA/AFP

The retailer will open its first store in Milan next summer, the company’s owner, Associated British Food (ABF), said on Thursday.

The store, which will be located in a new shopping centre, is among three planned for Italy.

Primark has 280 stores in the UK and across other parts of Europe, including France, Spain, Germany, Portugal, Belgium and the Netherlands.

The Italy foray is part of a wider international expansion, which includes a US launch in September.

Primark, the UK’s biggest fashion chain by volume, has boomed thanks to its cheap clothes strategy.

Group sales leapt 13 percent in the past 40 weeks, ABF said.