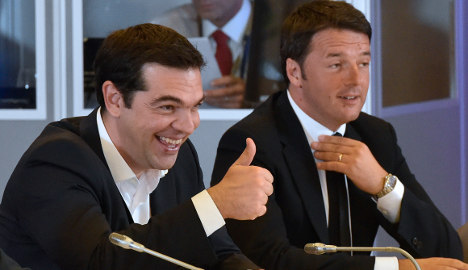 EU leaders finally reached an agreement after working through the night to thrash out a new bailout deal for Greece.

“It was a night of great effort and some tension”, Renzi was quoted in Il Messaggero as saying, adding that there were moments when it felt as if Greece's exit from the eurozone appeared inevitable.

Ahead of the summit on Sunday, Renzi urged Germany to accept the proposals laid out by Athens last Thursday.

But the agreement was met with a backlash from euroskeptics, who took to Twitter to air their anti-German opinion with the hashtag #ThisIsACoup.

Beppe Grillo, the leader of the insurgent Five Star Movement, who has long called for Italy to leave the euro, said. “The eurogroup strategy, that of terror: target one to educate 19 [members of the euro].”