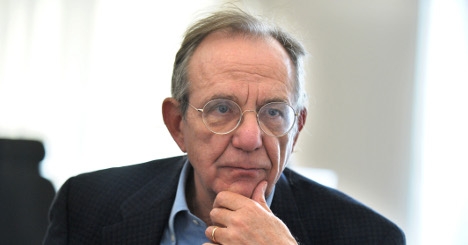 The hike was attributed to increased Treasury liquidity, the fall in the euro and bond market conditions, the bank said. Italy’s public debt rose 3.9 percent in the first five months of the year.

The new figure sparked criticism from opposition politicians, who hit out at Finance Minister Pier Carlo Padoan for failing to reduce the debt load.

Renato Brunetta, the leader of the Forza Italia party leader in the chamber of deputies, said:

Padoan said in an interview with Il Sole 24 Ore published on Tuesday that “18 months ago we risked much more,” adding that structural reforms have helped paved the way towards growth.