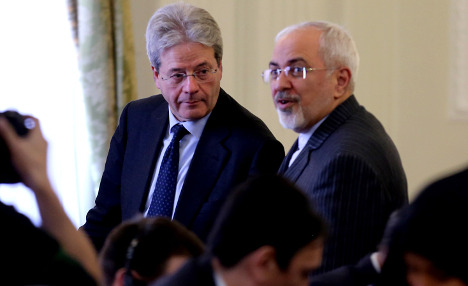 The deal, which was 11 years in the making, lays out “a path to normalize relations [between Iran and] the international community, which can also affect the resumption of regular economic and trade relations with the Islamic Republic of Iran,” Ansa quoted the minister as telling reporters during a trip to Beirut.

The deal is aimed at curbing Iran's nuclear programme in exchange for relief from painful economic sanctions.

The negotiations between Iran and six world powers – the US, UK, France, China, Russia and Germany – began in 2006.

“We will be active in the coming months to consolidate this result and to reassure those countries that perceive it in a negative way,” Gentiloni added.

The UN Security Council is expected to pass a resolution within days approving the deal, France's Foreign Minister Lauren Fabius said on Tuesday.

“We are reaching an agreement that is not perfect for anybody but it is what we could accomplish and it is an important achievement for all of us,” he said. “We are starting a new chapter of hope.”

Gentiloni added that normalizing relations with the country is good for the world at large.

“I believe that this accord will generate positive effects on a global level and in the region, in terms of the evolution of the various crises areas and also to face the common threat that is violent extremism.”

EU foreign policy chief Federica Mogherini said: “I think this is a sign of hope for the entire world and we all know this is very much needed in this time.”

But the deal was branded by Benjamin Netanyahu, the prime minister of Iran's arch foe, Israel, as a “historic mistake”.

He said it would provide Iran with “hundreds of billions of dollars with which it can fuel its terror machine and its expansion and aggression throughout the Middle East and across the globe”.