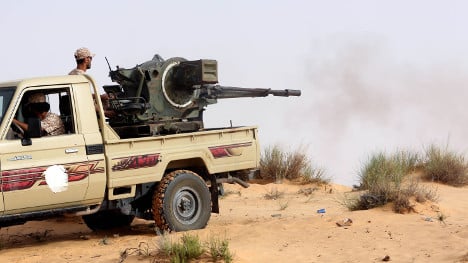 Four Italians working for a construction company have been kidnapped in conflict-torn Libya. Photo: Mahmud Turkia/AFP

They were around the premises of Italian oil giant Eni in the region of Mellitah, to the west of Tripoli, when they were snatched, the ministry said.

The ministry said a crisis unit is “in constant contact with the families and the company Bonatti” which employs the four.

“It’s difficult to know after a few hours the nature [of the kidnap] and who is responsible,” Italy’s Foreign Minister Paolo Gentiloni said as he arrived at a meeting in Brussels for an EU foreign affairs council meeting.

“It happened in an area where there have been precedents and we’re working with the intelligence services to find them.”

Plunged into chaos since the 2011 overthrow of dictator Muammar Qaddafi, Libya has two parliaments and governments vying for power, as a slew of armed groups battle for control of its oil wealth.