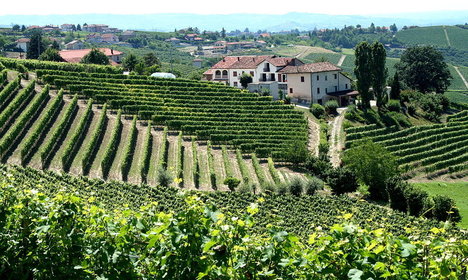 The figures published on Friday reported that for the first five months of 2015, the volume of Italian wines sold in China was 21 percent higher than for the same period in 2014, with sales representing a 19 percent increase in value on the year before.

This is encouraging news for Italian winemakers, for whom China represents a huge potential market – but one which they have long struggled to penetrate.

European wine exports to China have experienced an exponential growth since the turn of the millennium, spurred on by a growing urban middle-class who view drinking European wine as a status symbol.

But in spite of the boom, Italian wines have enjoyed a lower market share than their French and Spanish counterparts.

According to Il Fatto Alimentare, Italy's failure to capitalize on the European wine craze in China saw their share of the Chinese market drop by almost half between 2006 and 2011.

Current figures show that while more Italian wine is being drunk, China still represents a problem for many Italian producers.

The majority of Italy's winemakers are small to medium-sized businesses who face a raft of linguistic and legislative problems when trying to distribute and market their wines in China.

“The problem is the usual Italian problem,” Denis Pantini, the president of the Bologna-based Wine Monitor, told The Local.

“Italian wine companies are on average smaller than, say, French or Australian ones which makes it much more difficult for them to directly invest in the Chinese market.”

These problems are compounded by the unfair competition brought about by the huge number of fake and illegally labelled products on the Chinese market.

Still, Pantini is optimistic that as the Chinese appetite to learn more about wine grows, then so will Italy's share of the market.

“I'm sure Italian wines can enjoy a great success in China, but it will take a few years before we see a real and true boom as other countries have enjoyed,” he said.

“As the Chinese learn more about wines they want to try different varieties, and Italy offers wines from unique varieties of grapes and territories.”