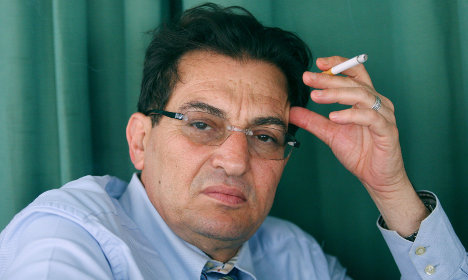 Crocetta suspended himself last week after details of the call were published by L’Espresso magazine.

“I refuse to offer my flesh to hungry executioners…everyone knows that wiretap does not exist,” he was cited by Ansa as telling the Sicilian regional assembly (ARS).

Crocetta , who became president 2012, suspended himself after the details of the alleged phone conversation between him and his former doctor, Matteo Tutino, were published by the weekly.

During the call in 2013, Tutino said the former regional health councillor, Lucia Borsellino, “ought to be stopped, done away with like her father”.

Her father, Paolo Borsellino, was an anti-mafia judge who was killed by the mafia in a car bomb in July 1993.

Crocetta, a member of the Democratic Party, was criticized for not responding to the threatening words and asked to resign by his allies and by the opposition.

The governor justified himself, declaring that he “didn’t remember” hearing Tutino.

On Thursday, he said he was the victim of a smear campaign after Palermo prosecutor, Francesco Lo Voi, said the wiretap published by the magazine was not included in the documents for a trial against Tutino, who is now in jail for corruption.

The Democratic Party component of the ARS said it will stand by its leader.

“I no longer have any doubts as to that wiretap, they ended when the Palermo prosecutor denied its existence,” the party's whip, Antonello Cracolici, said.

But L'Espresso has maintained its story, saying the details of the call were in a “classified file” of an investigation into Villa Sofia Hospital, where Tutino was the head physician of the plastic surgery unit until his arrest.

Crocetta is now suing the magazine for €10 million, Ansa reported.