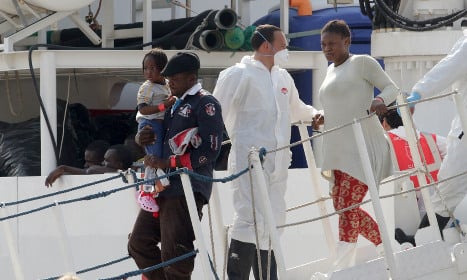 Most of the migrants — including 133 women and 27 children — arrived in Palermo after being picked up off the Libyan coast by the Norwegian cargo ship Siem Pilot, which is part of a voluntary EU border security operation.

Another 468 were taken to the southeastern Sicilian town of Pozzallo aboard the Irish navy patrol ship Le Niamh.

Italy and Greece have been hard pressed to handle a massive increase in migrants fleeing conflicts and poverty in Africa and the Middle East.

More than 1,900 migrants have died this year making the perilous journey across the Mediterranean to Europe, out of around 150,000 people who have made the crossing, the International Organization for Migration said earlier this month.