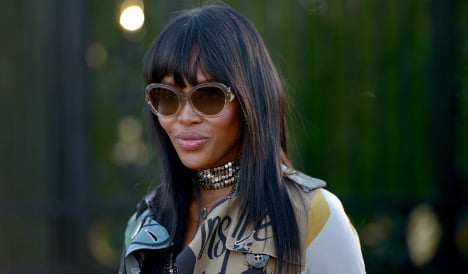 British supermodel Naomi Campbell was convicted of assaulting a photographer on the Sicilian island of Lipari in 2009. Photo: Chris Weeks/Getty Images North America/AFP

Campbell scratched the eye of paparazzo Gaetano Di Giovanni as he attempted to take photos of her, together with her then boyfriend, the Russian billionaire Vladimir Doronin, on August 5th, 2009.

The incident happened after the couple left a yacht moored off the northern Sicilian island to take a walk through its streets.

Campbell hit the photographer with her handbag, scratching one of his eyes.

“I had just started taking some shots of her and I did not expect such a violent reaction,” Di Giovanni said in 2013, when the model was ordered to stand trial.

The photographer required medical treatment and three days to recover.

In a career that has lasted over four decades, the model, born in the London suburb of Streatham, has become well known for her fiery temper.

In 2008, she confessed to attacking police at London’s Heathrow Airport in a row over lost luggage.