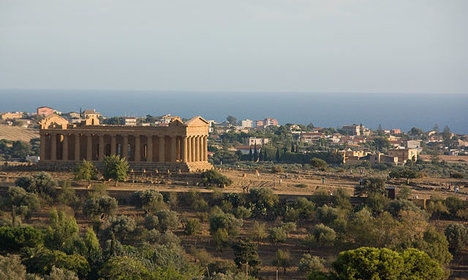 One of the temples that make up the Unesco site. Photo: Poudou 99

The site contains the ruins of six Greek temples that date back to the sixth century B.C. and is one of Italy's 51 Unesco World Heritage sites.

The fire started in the Pietro Griffo museum, spreading to two of its 12 rooms before being brought under control.

A spokesperson from the museum told The Local that the fire was caused by a short circuit, but said they were unable to comment on which artefacts in particular the blaze had damaged.

The museum contains the archaeological finds from the surrounding area and is home to a unique collection of ancient Greek coins, ceramics and urns.

It was closed to the public on Tuesday to allow the full extent of the destruction to be measured and allow the clean-up to begin.