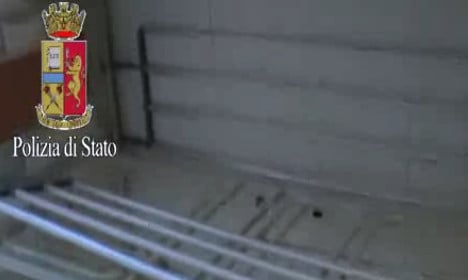 The 77-year-old man was kept in a bed surrounded by metal bars. Photo: Italian police

Over the course of that time, the woman also allegedly beat the widower, slamming his head against the wall, Today.it reported.

The disturbing details were released by police in Rome on Thursday, who said the man was also fed scraps of food and forced to wear nappies.

The woman would leave him alone in a dark room in bed all day, surrounded by metal bars so he was unable to get up.

The pensioner had invited her to stay in his home after she was thrown out of her own home by her mother in 2011.

Two dogs were also kept in the same room, and were found in poor hygienic conditions.

Police said the woman had taken the man’s documents and bank card, and was claiming his pension.

Her eventual aim was to also take his home, police said.