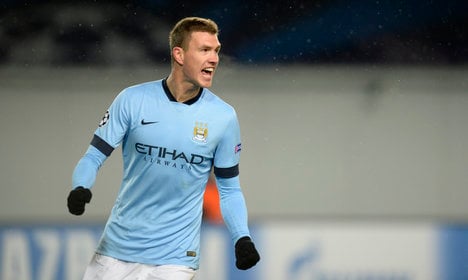 Salah arrived at Chelsea in January 2014, becoming the first Egyptian to play for the English champions.

He scored twice in 19 appearances before joining Roma's rivals Fiorentina on loan in February, where he scored nine times in 26 games.

“Chelsea Football Club has agreed terms with AS Roma for the season-long loan of Mohamed Salah,” said a Chelsea statement.

Meanwhile, Dzeko arrived at Roma on Thursday to undergo a medical ahead of his proposed move from Manchester City and more than three thousand excited Roma fans gathered at Fiumicino airport to catch a glimpse of the star.

The 29-year-old Bosnian joined City from Wolfsburg in 2011 but his opportunities at the former English champions were likely to be limited with the arrival of Raheem Sterling.

Dzeko scored 26 goals in 2013/2014 when City won the Premier League but he managed only six goals in 32 appearances last season.