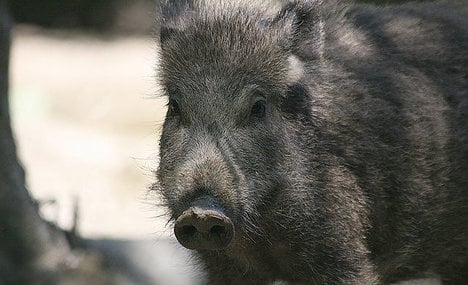 A Sicilian man was killed by a wild boar on Saturday. Photo: Makro Freak/Wikimedia

Salvatore Rinaudo was walking his dogs on Saturday morning when the pets were charged by a group of wild boars.

Rinaudo intervened, trying to protect the animals, but one of the boars leapt on him and knocked him to the ground, before biting him to death.

Rinaudo's wife, Rosa, was watching everything from their nearby home and ran to help her husband.

“I tried to go and help him and drag him back towards the house,” she told Corriere Della Sera.

“But I was attacked too. There are no words to describe what I have seen, I am devastated.”

She escaped the incident with only minor injuries.

The mayor of Cefalù, Rosario Lapunzina, criticized authorities for not doing more to bring the boar population under control.

“We are shocked and very upset about what has happened but we are also very angry because it was an accident waiting to happen,” he said.

Lapunzina and other mayors in the area have been asking for controls to be introduced on the wild boar population for over a year, but in spite of several meetings the green light has not been given for a boar cull.

Environmental groups estimate that the number of wild boars in Italy has grown from 600,000 to over a million in the last decade.

Although the animals are not normally aggressive creatures, they can weigh up to 150kg. They also cause road accidents, damage farmland and kill livestock.

Boars aren't the only animals facing a cull following spiralling population numbers. In July, leaders in the northern alpine province of Trentino asked for a cull of brown bears after the number in the area rose to more than 60.