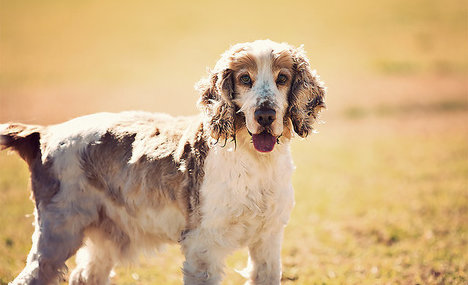 The 37-year-old woman was out walking her dog in a Milan park when she was attacked by a man who grasped her around the throat and started groping her, Italian media reports said.

The cocker spaniel leapt to her defence, biting and scratching the man, who fled after the woman bit him on the arm as well, the reports said.

The woman called the police, who shortly afterwards arrested a 21-year-old man from Sri Lanka, found sitting on a bench in the vicinity, nursing wounds to his legs and a bite-mark on his arm.

The victim was taken to hospital to be treated for shock, while her dog was branded a 'hero' by the national press.