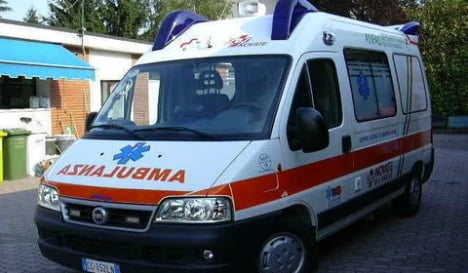 Andrea Soldi, 45, who suffers from schizophrenia, died on August 5th while being transported in an ambulance to hospital for mandatory hospital treatment.

An autopsy showed that Soldi had died while receiving mandatory medical treatment (TSO). He could not be revived because he was handcuffed and was lying face down.

In a recording of a conversation between a member of the paramedic team that transported Soldi and emergency service operators, the paramedic said that the intervention had been “invasive”, Ansa reported.

“The intervention was a bit invasive,” the paramedic said.

“They took him by the neck. He was wearing handcuffs, I didn’t want to put him inside. They ordered me to do it, with his head down, and take him like that.”

The audio recording has now been seized by the police and will be analyzed as part of an investigation into the incident.

Inspectors at the Ministry of Health in Turin will also investigate the procedures used for mandatory medical treatment.

Four people including a psychiatrist and the three municipal police officers that restrained the patient are being investigated for manslaughter.