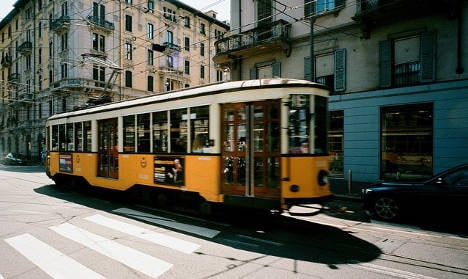 The Australian man was hit by a tram in Milan. Photo: Andrew K Smith

The man crossed via Broletto at some distance from the pedestrian crossing when he was hit by the Line 2 tram, Corriere reported.

The driver is said to have noticed the pedestrian too late, making the collision unavoidable.

The Australian man suffered a head injury and was take to Policlinico hospital, where he is reportedly in a coma.

The driver was also taken to the hospital, suffering from shock.