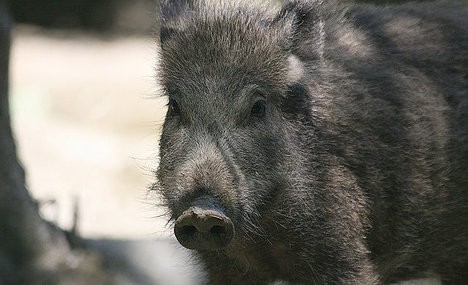 The deaths of two Italians killed by wild boars have provoked fresh calls for a cull. Photo: Makro Freak

Domenico Fedele, a 39-year-old, died on Thursday when a wild boar violently collided with his Ford Fiesta as it was crossing the highway close to Castellina Marittima, near the city of Pisa in Tuscany.

Police said the wild boar weighed up to 100kgs and struck the vehicle at high speed. The driver was thrown out of the vehicle and killed instantly.

In a separate accident in the region of Abruzzo, Cristian Carosi was killed in the early hours of the morning on Wednesday when his car was struck by a wild boar near Cansatessa. He died after the car overturned several times and struck a tree.

This week’s fatalities follow the fatal mauling of an elderly man in Sicily earlier this month. Experts estimate there are now more than one million of wild boars throughout the country.

Italy’s largest farmers’ organization, Coldiretti, said since the number of wild boars has risen dramatically, urgent action must be taken to reduce their prevalence, according to a report in the daily Il Messaggero.

According to Ispra, the Italian institute for environmental research, the estimated number of wild boar in Italy has risen from 600,000 to a million in the past decade. Apart from the risk to human beings, they are also responsible for destroying crops and farm animals.

“The fatal accidents that have occurred are indications of an uncontrolled increase in the number of animals,” said Stefano Masini, Coldiretti’s environment spokesman. “The agriculture minister must intervene.”

In the recent attack in Sicily, Salvatore Rinaudo, 77, was attacked by a wild boar and later died near Cefalu while he was walking his dogs on his property near the Madonie regional park on August 8th.

His wife, Rosa, was gored in the leg and abdomen while trying to rescue him. She survived but her husband died later that day.