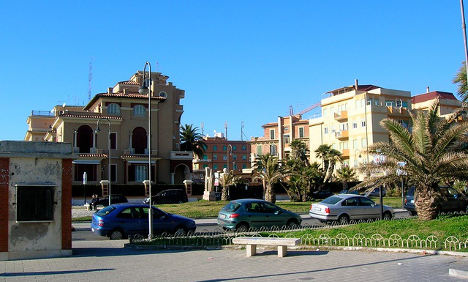 Andrea Tassone, the mayor of Ostia, has been under house arrest since June as part of enquiries into mafia activities in the Italian capital.

The “mafia capital” scandal erupted last December after a wide-ranging enquiry led to the dismantling of a shadowy network of business and political figures.

The trial of the network's members is due to start in Rome on November 5th.

“I proposed the dissolution” of the Ostia district council “and the council of ministers approved it,” Alfano said.

The ministers also decided to put Rome prefect Franco Gabrielli in charge of coordinating improvements to infrastructure in Rome, ahead of the start in December of a Catholic Holy Year of Mercy pronounced by the pope.

Rome Mayor Ignazio Marino, who has been criticized for a lack of action over the mafia/corruption issue, remains in place but will be under close government scrutiny.

Last week, Alfano demanded to know why a mafia boss was allowed a lavish funeral, with his coffin drawn through the streets of Rome in a gilded horse-drawn carriage as roses petals were dropped from a helicopter.

In June, Prime Minister Matteo Renzi defended Marino, saying that he could not be held responsible for a corrupt system which was already well-established by the time he took office in 2013.

Marino has promised that the heavily-indebted capital city will be cleaned up in time for the Vatican's Jubilee year, which is expected to bring in a flood of tourists.