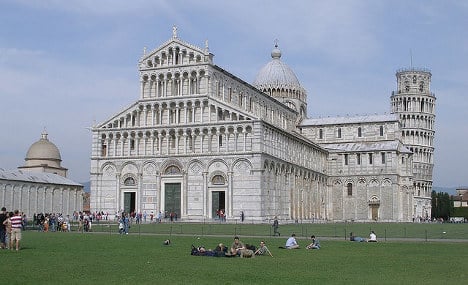 The man, from the Tuscan city, preyed on women wearing skirts in the busy square, a Unesco World Heritage Site, managing to film unsuspecting targets for over half an hour on Sunday afternoon, Pisa Today reported.

But his odd behaviour drew the attention of the London-based couple, who noticed him furtively standing behind a woman while filming up her skirt with a phone hidden in a money belt.

The couple alerted police, who arrested the man on charges of sexual harassment after finding two videos – one about 30 minutes long, the other 10 minutes – on his phone.

The man admitted the offences, telling police he hid his phone in the money belt, and with the zipper open would hold it close to women's legs, enabling him to film up skirts. 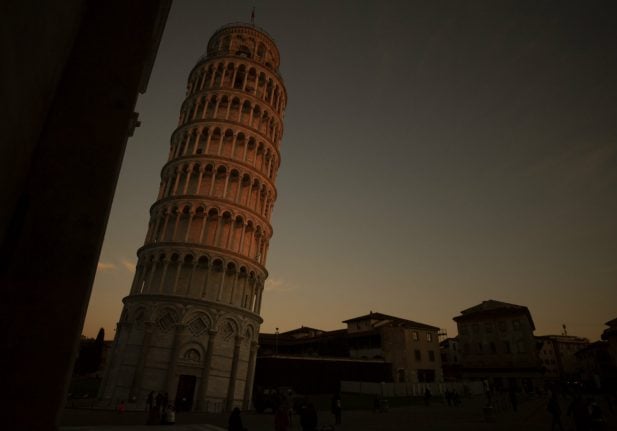 PISA
How engineers are straightening the Leaning Tower of Pisa

The gravitationally-challenged landmark is leaning less after years of ambitious engineering work. Fortunately for the millions of tourists who come here every year, the 57-metre tower remains beautifully askance.

The medieval bell tower, a symbol of the power of the maritime republic of Pisa in the Middle Ages, has leaned to one side ever since building started in 1173 on ground that proved a little too soft.

The tower was closed to the public in January 1990 for 11 years over safety
fears, as its tilt reached 4.5 meters from the vertical, threatening to turn it into a pile of rubble.

“We installed a number of tubes underground, on the side that the Tower leans away from,” said Cela, technical director at the OPA, which looks after Pisa's main monuments.

“We removed soil by drilling very carefully. Thanks to this system, we recovered half a degree of lean,” he said.

Michele Jamiolkowski, an engineer of Polish origin who adopted Italian nationality, coordinated an international committee to rescue the landmark between 1993 and 2001.

Engineering lecturer Nunziante Squeglia of Pisa University, who works with the Surveillance Group that was set up after the rescue work, has been studying and measuring the tower for 25 years.

He says that the tower straightened by 41 centimetres until 2001, and another four centimetres since then.

To understand how the 14,500-tonne building is moving, measurements are made as often as once an hour, some automatically using pendulums, some manually using a surveyor's optical level.

“The tower tends to deform and reduce its lean in the summer, when it's hot, because the tower leans to the south, so its southern side is warmed, and the stone expands. And by expanding, the tower straightens,” said Squeglia.

“The tower was much more mysterious when I arrived, it wasn't clear why it was leaning, and increasingly leaning,” said Squeglia.

“It is a building that has been extensively studied for over 100 years but there are still so many things to know,” he said, including the remains of what looks like a domed roof inside the tower that is still unexplained.

Meanwhile, Cela predicted that the tower “will never be completely straight”.

“When they were building it, there were attempts to straighten it (by adding stone on one side), so it has a slight banana shape.”

Singaporean tourist Alvin, who like many visitors is taking photos of friends 'holding up' the tower in the background, said he didn't know about the decreased lean.

“Oh I didn't notice, is it because like everyone's pushing against it?” he said, promising to try to push the tower back if it straightens too much.

READ ALSO: The Leaning Tower of Pisa is slowly losing its lean 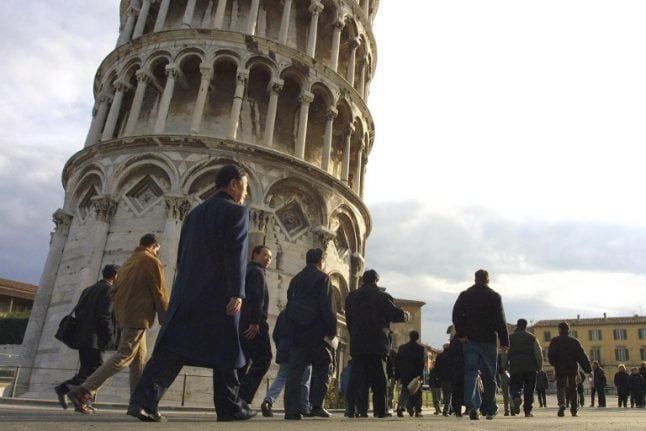 PISA
The Leaning Tower of Pisa is slowly losing its lean 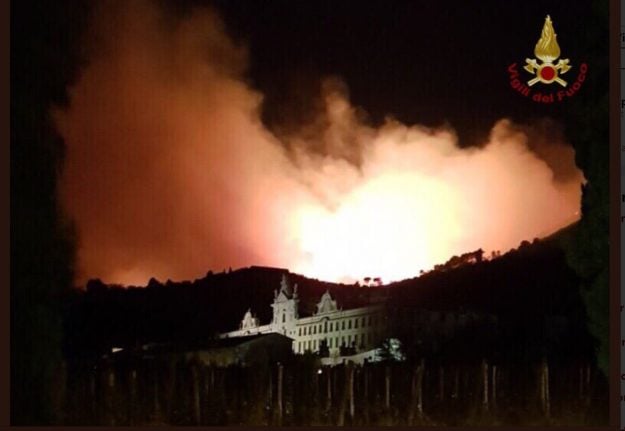