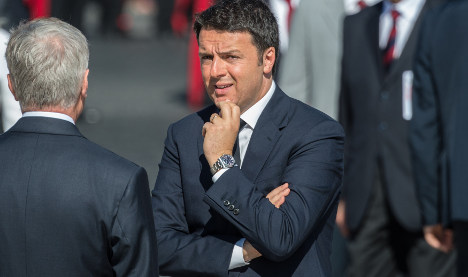 The 18-year-old from the Ivory Coast was arrested on Sunday after the bodies of Victor Solano, 68, and his 70-year-old Spanish wife, Mercedes Ibanez, were found at their home near a refugee centre in Mineo, a town outside Catania.

The arrest flared the debate over migrants in Italy, with Matteo Salvini, the leader of the anti-immigration Northern League party, writing on Twitter and Facebook on Monday: “From what war was this guy escaping??? If he’s guilty, jail for life, with HARD LABOUR!”

Salvini later said on Twitter he would visit Mineo on Friday, to “speak to Sicilians”, who he described as “the most welcoming people in the world”.

The suspect was implicated in the double murder after a phone and laptop, allegedly belonging to the victims, were found in a bag he was carrying as he entered the refugee centre. He claimed he found the bag in the street.

Blood-stained trousers, thought to belong to the suspect, were also found in the garden of the couple’s home.

The suspect was also allegedly wearing a T-Shirt belonging to Solano, which was recognized by the deceased man’s daughter, at the time of his arrest.

Solano was found with his throat slit while his wife’s body was found in the courtyard beneath their apartment. It is believed that she fell from the balcony.

Renzi has so far stayed silent after the couple’s daughter, Rosita Solano, blamed the government for the murders, saying it allowed “immigrants to come here and do what they want, even rob and kill us.”

On Tuesday she told Corriere that neither the premier nor Angelino Alfano, Italy’s Interior Minister, had even Tweeted a message of support.

“My parents didn’t even merit a tweet,” she said.

“I want justice – not political controversy: Renzi come and speak to me, show your face…before the funeral. When he was nominated premier, I thought Italy would finally be worth something in Europe, instead…”

Giorgio Meloni, a politician from the right-wing Fratelli d’Italia, and Vincenzo Gibiino from Forze Italia called for the Mineo centre – the largest of such facilities in Europe – to be closed.

Some 110,000 migrants have landed in Italy since the start of the year, the majority arriving in Sicily and the nearby island of Lampedusa.