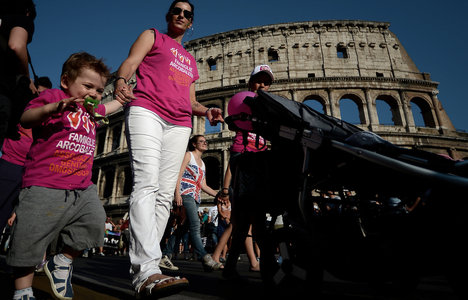 Until now, only biological parents had the legal right to sign forms for their young children in state-run nursery schools. The rule covered everything from granting permission for school trips to authorizing absences.

But starting from this academic year new self-certification forms mean that homosexual parents in Bologna can easily and simply declare that they wish to share the parental role with their partners.

The changes grant equality to LGBT couples at nursery schools and mean that there will be no more bureaucratic headaches for gay parents with young children.

The change was welcomed by the mayor of Bologna, Virgino Merola, who suggested that small changes such as this could have a big impact.

“We have tried to resolve disheartening day-to-day problems for LGBT families,” Merola told Il Resto del Carlino. “ LGBT families are part of our social fabric and part of the history of Bologna,” he added.

The news comes at a time when the gay rights movement is gathering pace in Italy. Italian Premier Matteo Renzi said on Wednesday that Italy’s parliament will approve a long-awaited civil unions bill by the end of the year.