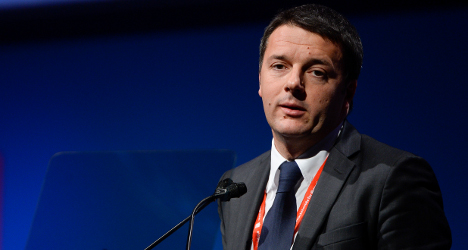 “Europe cannot just get emotional,” Renzi said in a press conference with his Maltese counterpart Joseph Muscat, after the publication of a photograph of a toddler's lifeless body washed ashore on a Turkish beach sent shock waves across the continent.

“Faced with these images which tear and move the hearts of every father, we must be aware that we need a global strategy and Europe cannot lose face”, he said.

“We have had many European leaders who have been moved emotionally. It is good that the world's attention is drawn to what we are living through. But it's not our duty to react with emotion, but to solve problems”, he insisted.

The Italian PM was speaking a day after the release of images showing a little boy lying face down in the sand near Bodrum, one of Turkey's prime tourist resorts, before being picked up by a police officer.

The hashtag “#KiyiyaVuranInsanlik” (“Humanity washed ashore”) made it to Twitter's top world trending topics after the image was widely shared.

“Today it's everyone's problem and we appeal for people to be rational. The emergency can only be managed with a strategic vision,” Renzi said.

Italy has joined Germany and France in calling for an overhaul of laws on the right to asylum ahead of an informal meeting of EU foreign ministers in Luxembourg on Friday and Saturday.

Rome has long urged an EU immigration policy and the creation of an EU asylum law – something that would require the reform of existing legislation – to ease the burden on countries on the front-line of the crisis.

While Italy and Greece are struggling to deal with vast numbers of fresh arrivals in the Mediterranean, Germany – Europe's biggest economy – has become the top destination for refugees.

European Union President Donald Tusk urged member states on Thursday to take in at least 100,000 refugees to ease the pressure.

But EU leaders have already rejected mandatory quotas way below 100,000, agreeing only at a summit in June to the voluntary relocation of 32,000 from Syria and Eritrea, short even of the target of 40,000 set by the European Commission in May.