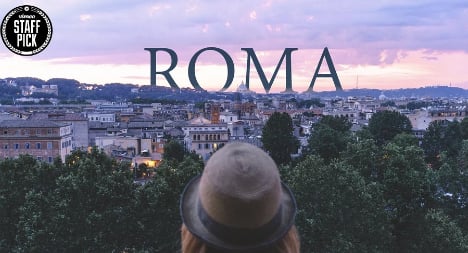 The Rome video shows scenes from across the Italian capital. Screenshot: Vimeo/Oliver Astrologo

Italians doing their market shopping, making a coffee or driving past the Colosseum do not appear to be scenes of instant success. But a short video showing just this, in addition to shots of Rome’s famous monuments, has garnered nearly 500,000 plays in three days.

It’s creator, Italian Oliver Astrologo, said he aimed to show the true Rome against a backdrop of criticism against the city. “We have a lot of problems…[but] Rome is beautiful, we can do something to make Rome better,” he told The Local.

While Astrologo said he received nothing but praise from foreigners, the reaction from Italians was more mixed. “[I received] dozens of emails from tourists congratulating me, because in the video they found emotions they experienced in Rome during their holidays,” he said. “A lot of Roman people were disappointed because they say Rome is a very difficult city, I collected only the beautiful part.”

The problems plaguing Rome have come to the fore in recent months, following the Mafia Capitale scandal which revealed a criminal gang had infiltrated the highest realms of power in the city. Such levels of corruption saw millions of euros in public funds siphoned off by gangmasters, leading to the visible degradation of Rome and its services.

But Astrologo argued that rather than show a rose-tinted view of his city, the video came at the perfect time to present the other – better – side of Rome.

“Rome has a lot of issues, but there is a part of Rome we can’t hide. This is Rome too. What I collected is not a construction, it’s the real Rome,” he said.

Following the ousting of criminal elements within city hall, Astrologo said it’s now time for authorities to make the most of the beauty Rome and use profits to make the city liveable again.

“We have a lot of things to show to the world. The problem is to find a way to make it better for Roman people. To invest in tourism and use the earnings of tourism to make better public transport, to clean the city,” he said.

Watch the video – and leave your views in the comments section below: