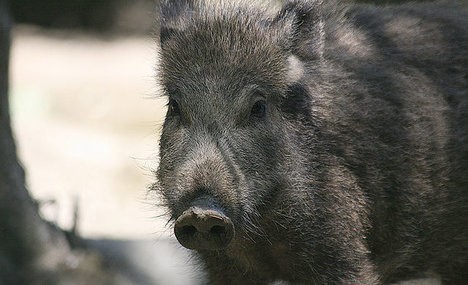 The Italian farmers' association, Coldiretti is calling for controls on the boar population in Lazio. Photo: Makro Freak/Wikimedia

Wild boars are now a common sight in the towns around Rome and have even begun to venture into the Eternal City itself.

In August, La Repubblica reported that some had been seen in the suburb of Trionfale.

Boars have been spotted in public parks and gardens, the courtyard's of residential buildings and even on the streets.

“The problem is that these wild animals are now just outside, or even inside our cities,” Davide Granieri, president of the Rome branch of farmers' association, Coldiretti, told Blitz Quotidiano.

Coldiretti representatives will meet officials from Lazio's agriculture department in late September to ask for measures to be introduced across the region.

The uncontrolled spread of wild boars across the province has started to cause mayhem. In the town of Bracciano, 30km northwest of Rome, a young girl is still in a coma after the car she was travelling in with her mother slammed into a wild boar that was crossing the road.

In August, two people were killed in separate highway collisions with the animals in Tuscany and Abruzzo.

It is estimated that there are now more than one million wild boars in Italy and Coldiretti's call for measures to be taken across Lazio comes after a 77-year-old pensioner was gored and bitten to death by a wild boar in Sicily.

In the wake of the incident, population control measures were introduced across Sicily. It remains to be seen if Lazio will follow suit.

But the main reason behind Coldiretti's call for population controls is the damage that the beasts are having on the livelihood of farmers in the province.

“According to our estimates, the agricultural damages amount to about €3 million a year for the whole of Lazio,” a spokesperson for Coldiretti told The Local.

“But let's not forget the people who experience the lethal side effects of the high boar numbers, as recent news stories show.”