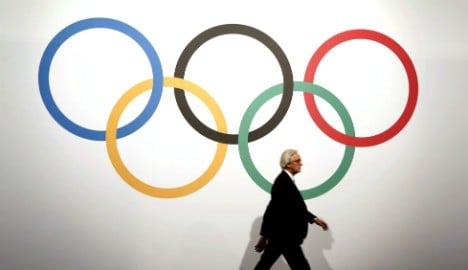 The International Olympics Committee (IOC) announced the bidders after the deadline for submission for entries passed at midnight CET on Tuesday.

Rome’s bid was no surprise seeing as the city declared its intention to put itself in the running last year.

The city, which held the summer Games in 1960, shelved plans to bid for the 2020 event two years ago due to concerns over rising costs as the country battled an economic crisis. The northern Italian city of Turin held the winter Olympics in 2006.

“No other city in the world can offer an artistic, historical and cultural heritage that embraces such a wide span of time, which will allow the Olympic competitions to take place in the most spectacular and symbolic places of the Eternal City,” Rome’s Olympic bid committee said in a statement.

The Olympic village would be located in Rome’s Tor Vergata area, where new facilities would be built and existing ones completed, the committee said.

This would also require the construction of an underground train link to connect the area with the rest of the city.

“The Olympics must be the opportunity to bring forth a new vision of the city, rooted in history and in the regeneration of what is in existence, with urban transformation projects starting from the development of a Tiber river park just north of Rome, which will become the gateway for ‘Olympic Rome’, for the enjoyment of the whole city.”

But the bid comes amid a widening mafia-linked corruption scandal as well as controversy over the city’s upkeep.

The IOC will select the host city in September 2017.