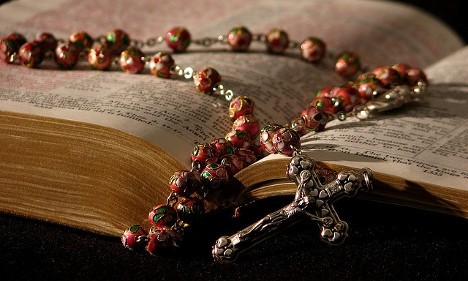 A parish priest in Sicily has angered the Catholic church after claiming the voice of Mary led him to a miraculous source of water. Photo: Roger Smith

Father Alessandro Minutella, from the parish of San Giovanni Bosco in Carini, claims that the voice of the Virgin Mary led him to the miraculous flow of water on August 17th.

Minutella found the flowing water at a spiritual centre he himself had founded, called Piccola Nazareth.

On Monday, the faithful flock of Piccola Nazareth were invited for prayer at the 'holy' water source and told that it would be distributed for the first time to whoever wanted some.

But the invite, made on Facebook, also said that Minutella would not be attending the event out of respect for the church hierarchy, after his claims of saintly voices and miracle water angered his seniors.

Pennisi also banned the priest from saying mass at the Piccola Nazareth centre.

But Minutella has accrued many faithful disciples thanks to the centre's Facebook page and website, and his followers were quick defend him from criticism.

“Jesus healed the sick and preached peace and love, but they still nailed him to a cross,” wrote one of the centre's attendees on the page.

During an Interview on Monday with Rai 1, Minutella reiterated that his story was genuine and spoke about how the voice of the Virgin Mary had led him to the water.

“She doesn't speak to me or for me – but she speaks through me to everybody, inviting them to pray, confess and return to God,” Minutella said.

“Today, people are sad and there is no serenity or peace. The water flowing is a symbol telling people of the need to purify their souls.”