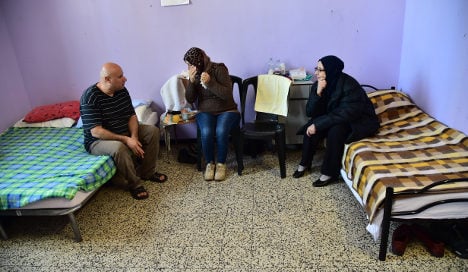 Syrian migrants at a refugee centre in Milan in January. Photo: Giuseppe Cacace/AFP

Italy received the fourth-highest number of registrations from first time applicants across the EU states during the period, according to the data.

Hungary was the European state with the largest number of asylum seekers relative to its population, at 3,317 per million inhabitants, ahead of Austria at 2,026, Sweden at 1,467 and Germany at 997 per million.

Syria was the main country of citizenship of those (44,000) who applied for refugee status across the EU for the first time during the second quarter, Eurostat said, followed by Afghanistan (27,000) and Albania (17,700). Almost 90 percent of Albanians applied in Germany.

Meanwhile, at the end of June, some 592,000 people across the EU were still waiting for their asylum application to be completed, with Italy having the third-largest (48,300) share of pending applications, behind Germany (305,800) and Sweden (56,000).