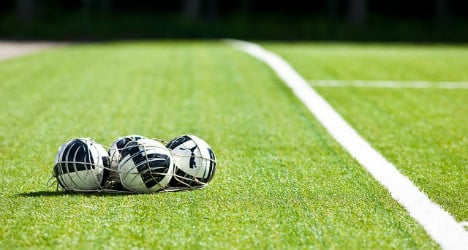 The group of asylum-seekers completed one training session before the ban. Photo: Håkan Dahlström/Flickr

Around 40 asylum-seekers had signed up to play football in Mortara, south-west of Milan, and successfully started training. But a verbal agreement between the council and the Faber cooperative, which hosts 131 asylum-seekers in the area, was cancelled after just one session on the pitch.

Mayor Marco Facchinotti, a member of the anti-immigration Northern League party, spoke out against the initiative.

“These people playing seems like a slight to the families that bring their boys to [play] football. We don’t want people with a hybrid status to train on the football fields of Mortara council,” he was quoted as saying by La Repubblica.

The scheme also put the contract for the management of the football fields at risk, the newspaper added. When contacted by The Local, the council was not able to comment on the decision, nor the mayor’s understanding of “hybrid status”.

Fabio Garavaglia, president of Faber, said the cancellation of the scheme was a lost opportunity.

“It could be an occasion for integration. But also the possibility to discover some talent among the guys,” he said. Two Libyan asylum-seekers played as professionals in their home country, La Repubblica reported.