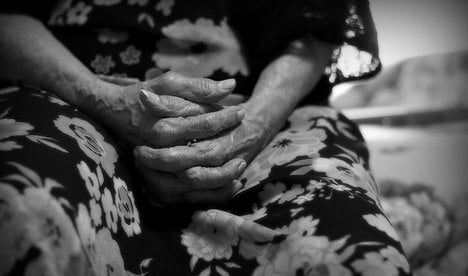 A 98-year-old Italian woman has won compensation from the Italian state after being raped at the hands of Liberating troops in May 1944. Photo: Nichole Pierce/Flickr

The woman, named only as Rosa, began her claim in 1992 when she was 75. Now, following 23 years of appeals she has been compensated for the events that befell her in May 1944, Corriere della Sera reported.

In 1992, Rosa qualified for a small military pension on account of her infirmity and psychological problems, which were due to the violence she had suffered at the hands of Moroccan soldiers fighting for the French army during the war.

A few months after being sexually assaulted Rosa was hospitalized and had to undergo a series of operations to help her recover from the violent attack.

Italian law states that compensation payments can only be based on physical damage sustained, for which Rosa was granted her military pension. But she decided to launch a legal challenge to ask for the payment of non-pecuniary damages – those paid out for emotional suffering and loss of quality of life.

Her legal battle dragged on and earlier this year was rejected by a judge in the Italy's Court of Audit on legal grounds. But Italy's finance ministry subsequently stepped in and granted Rosa the damages.

“My client was a victim of sexual violence suffered during a period of the war – which we often refer to as Marocchinate,” Rosa's lawyer Giulio Guarnacci, told Corriere dell Sera in the wake of the victory.

'Marocchinate' which translates as 'the Moroccan treatment' refers to one of the darkest moments in Italy's wartime history in 1944.

By May 1944 – many inhabitants in central Italy were waiting for the arrival of American troops – instead 7,000 Gourmiers – units of Moroccan auxiliary soldiers attached to the French Army – arrived in southern Lazio.

The Gourmiers were renowned for their bravery in battle but soon became infamous in Italy as the perpetrators of atrocities against civilians.

Following the retreat of the German troops, sources say between 3,000 and 5,000 civilians, mostly women and children, were raped by the liberating Gourmiers.

Italian men who tried to come to their aid suffered similar atrocities. Alberto Terrilli, a parish priest who hid women and children in his church was publicly sodomized by the liberating troops and died shortly afterwards.

The events provided the historical backdrop for the film 'Two Women' – for which Sophia Loren won an Academy Award for best actress in 1960.

The exact figure granted to Rosa is still to be calculated.